On our World War 1 and Anglo-Zulu  Battlefields Tours, you can visit restored and recreated World War I trenches; trenches which marked the front line of fighting for some of the fiercest battles the world has ever witnessed. Our battlefields tours include Ypres, a city devastated by conflicts in the first half of the 20th century. No battlefields tour to Ypres would be complete without a visit to the Menin Gate to witness the Last Post Ceremony. Set in the Belgian region of Flanders, Ypres has been completely restored - a painstaking process which has returned the city to its pre-war state. 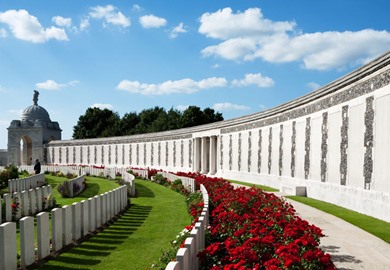 Lille, Flanders and the Somme

A short rail journey to Lille takes us close to the Battlefields of Ypres and the Somme, two of the most infamous and iconic sites of the First World War. We also explore the fascinating city of Lille on a guided tour which includes a traditional beer and waffle tasting.

Lille, Flanders and the Somme

On the eleventh hour of the eleventh day of the eleventh month of 1918, four years of incomprehensible violence, suffering and conflict came to an end. To this day, November 11th is a time to remember those who gave their lives to fight for freedom. If you would like to pay your respects in person we explore the Battlefields of Ypres and the Somme, two of the most infamous and iconic sites, with an expert guide.