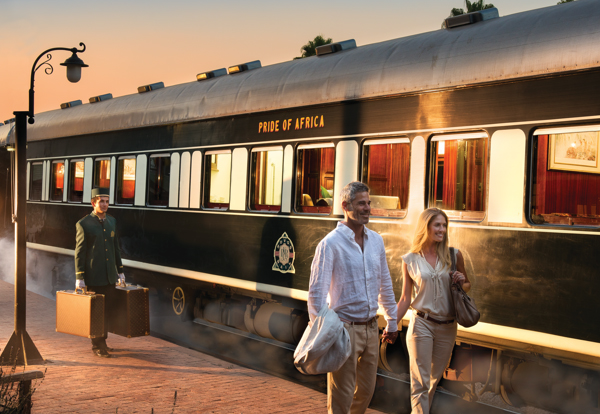 Stepping aboard the vintage carriages of Rovos Rail's Pride of Africa, you’re immediately transported to another era.

A real labour of love by founder Rohan Vos, each meticulously restored carriage takes its cue from the golden age of rail travel. Picture elegant wood panelling and brass details in the suites and 1930s furnishings in the dining car (where delicious regional specialities and fine wines are served) and you’ll get a feel for what you can expect on this beautiful train.
Our 17-day adventure across southern Africa includes two nights on board the Pride of Africa. The tour starts on South Africa’s Eastern Cape. We’ll make our way along the Garden Route, stopping at wildlife reserves and seaside towns, before arriving in Cape Town.
After a couple of days in the capital, we’ll board the train and chug across South Africa, passing winelands and rugged mountain ranges. Next up is Botswana, where we’ll go in search of elephants in Chobe National Park. The tour wraps up beside one of the world’s greatest natural wonders: Victoria Falls. 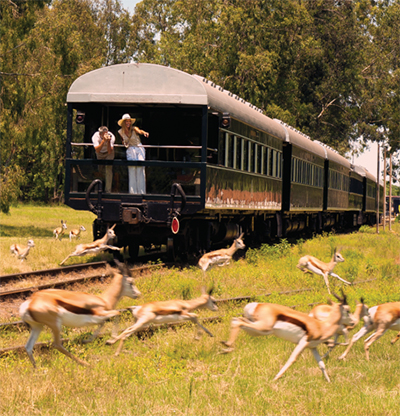 With breathtaking natural wonders, beautiful coastal towns and cities, and abundant wildlife, Southern Africa is bountiful in its treasures. On this 17-day adventure, we’ll photograph spectacular scenery along the Garden Route, take high tea in Cape Town (with Table Mountain as a backdrop), and travel in sumptuous style on board a restored vintage train, taking in views of winelands, mountains and plateaux along the way. Journeying north, we’ll spot hippos wallowing in Botswana’s Chobe River and feel nature’s full force at Victoria Falls. 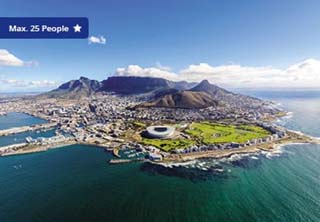 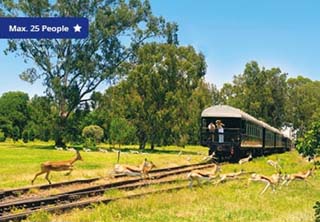 Discover the highlights of South Africa from aboard the luxurious Blue Train. Ascend Table Mountain, sample local wines in Stellenbosch and enjoy fantastic game drives with a wonderful stay at Kruger National Park. 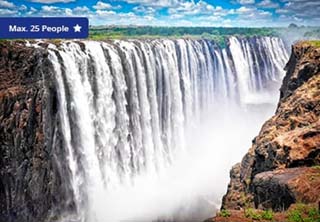 Fascinating wildlife is waiting to be discovered on this South African rail adventure aboard the Pride of Africa - one of the world's great luxury trains – on a voyage of discovery through well-known game parks.

It's impossible not to be swept off your feet by the majestic vistas of Africa, a place where centuries of tradition and culture combine with rustic villages, verdant wine regions, flourishing cities, and, crisscrossing it all, some of the most legendary rail routes imaginable. Wildlife lovers will find themselves in their element visiting some of the most remarkable safari spots on the globe; protected nature reserves of vast savannahs and lush grasslands home to the world's most beautiful yet endangered creatures - the fabled 'Big Five'.